The . . . Member of Parliament was found dead in his brother’s home in 1999. It was originally “determined” to be a suicide by The Metropolitan Police. This case went national, all the way up to Prime Minister Taksin, who had ordered the case re-opened by The Crime Suppression Division.

We sought further independent expert opinions due to the sensitive nature of the case and the history of  four (4) previously unsolved homicides among this families members.

We determined that you are a known and verified expert in Blood Pattern Analysis and sought your examination of this crime scene. Your professional and detailed examination of the blood  patterns contributed significantly to a finding of homicide vs. suicide.

Your sharp and detailed report is of immense value to the Royal Thai Police.  The Royal Thai Police are committed to improving their training, expertise and equipment. Your professional report will assist in moving towards these improvements. The Discovery Channel will be featuring this now classic Forensics case sometime next year.

Norm, we thank  you and wish you to know that the full courtesy and
co-operation of our Country and Police will be made available to you
should you need our assistance . .
Sincerely & professionally,

Bloodstain pattern analysis came into the crime scene forensic arena in the United States in the early 1970’s.  The discipline in the early years was not immediately accepted by the forensic community and had to be proven by colleagues and the court system.

Norman Reeves received his basic instruction early on in 1975 and was one of the very early practitioners.  Norman was in law enforcement since 1966 through 1991 when he began privately forensic consulting. Norman Reeves has consulted internationally throughout his career. 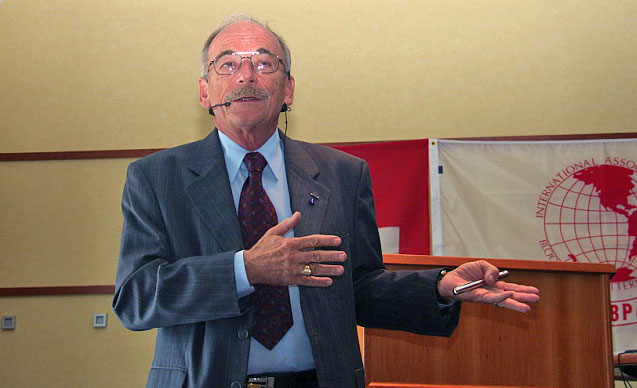 Initial use of bloodstain pattern analysis was predominately used by law enforcement personnel who received training in forty-hour basic and advanced courses.  Since that time the number of instructors throughout the world has grown exponentially.

Following the initial use at crime scenes and in court, the discipline began to be accepted as a valid tool in the criminal justice system.  Norman Reeves was the first to testify in the discipline in the State of New Jersey in 1978.

The scientific community, having seen the value of the discipline, has and is contributing to the validity by conducting additional scientific studies and experimentation.  As a result of these studies, the discipline continues to gain more knowledge and respect.

Bloodstain pattern analysis, in conjunction with all forms of objective criminal investigation, has been instrumental in creating successful reconstruction of crime scenes to both prosecute and exonerate people.

Norman Reeves consults for prosecution, defense and civil attorneys resulting in both convictions and exculpatory information resulting in charges being dropped or not guilty verdicts.

The interpretation of shape, location, size and directionality of bloodstains relative to the forces that created them . . .

What may Bloodstain Pattern Analysis do for your case?

BPA (Bloodstain Pattern Analysis) may on many occasions, clearly define the location of the victim or the assailant(s) by establishing the actions of either or both.
Possible and impossible scenarios may be established to determine if the victim/witness/assailant is accurately describing what took place. What type of weapon or impact occurred to cause the bloodstains present?

What happens when an analyst is retained?

On site crime scene examination is preferred in most cases but much work can be done with the use of crime scene photographs, video and reports. All reports such as statements, medical examiner, police and forensic examinations concerning the investigation, are necessary for this evaluation. With the review of these reports, the evaluation can be considered.
Photographs are digitized and returned in a timely manner.